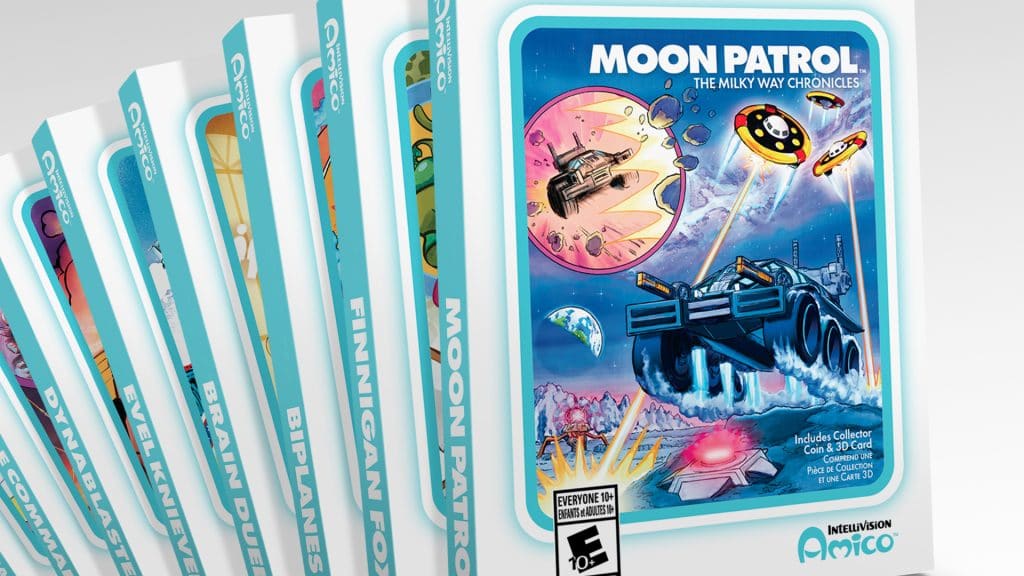 The Intellivision is a gaming console that is now 42 years old and apparently it still has fans today: a new Intellivision is due out at the end of the year. The device christened “Amico” is thus riding a revival wave. Yesterday’s gaming is hip.

Other retro consoles already show this: Nintendo Classic Mini, Playstation Classic, Mini-C64 and so on should make the gaming experience from back then come alive with a few pre-installed games. The new Intellivision Amico appears more modern at first glance: chic design, family-friendly, no additional costs, contemporary remakes of the retro games.

Intellivision Amico: A lot of money for little technology

But: 280 euros are due to pre-order the game console. According to a report by Ars Technica, the technology, on the other hand, should correspond to a cheap smartphone, it only costs about 50 dollars, i.e. almost 43 euros.

Games can already be pre-ordered in a collector’s edition: Games like “Missile Command”, “Dynablaster” or “Moon Patrol” are available for 150 euros. There is also a flip image, a collector’s coin and an RFID card that can be used to download the games when the console is finally available.

Games are therefore sold for a console that is not yet available. The games are newly released classics or exclusive Amico games, some of which were developed in Germany and supported with tax money from games funding.

Retro fans have more options today. Gone are the days when you downloaded illegal files from the internet and made them work with emulators and technical fiddling.

Nintendo offers classics by subscription, old PC games can be bought in the online shop Gog, and retro games can be played in the browser for free on the games portal Piepacker.

Above all, the retro community is lively: enthusiasts program games for the Nintendo NES system, for the Gameboy or the Commodore Amiga, they produce ancient cartridges and run their games on tube televisions. Some are so successful with it that their passion for retro has turned from a hobby into a job.

That would not have existed then

The highlight: these teams develop games with the technical possibilities of the past, but use their game design knowledge of today – and thus push the old hardware to new limits.

I find that fascinating. It shows how alive retro gaming is. And also that you don’t have to buy an expensive new console for it.

How to save the earth in games