How to save the earth in games 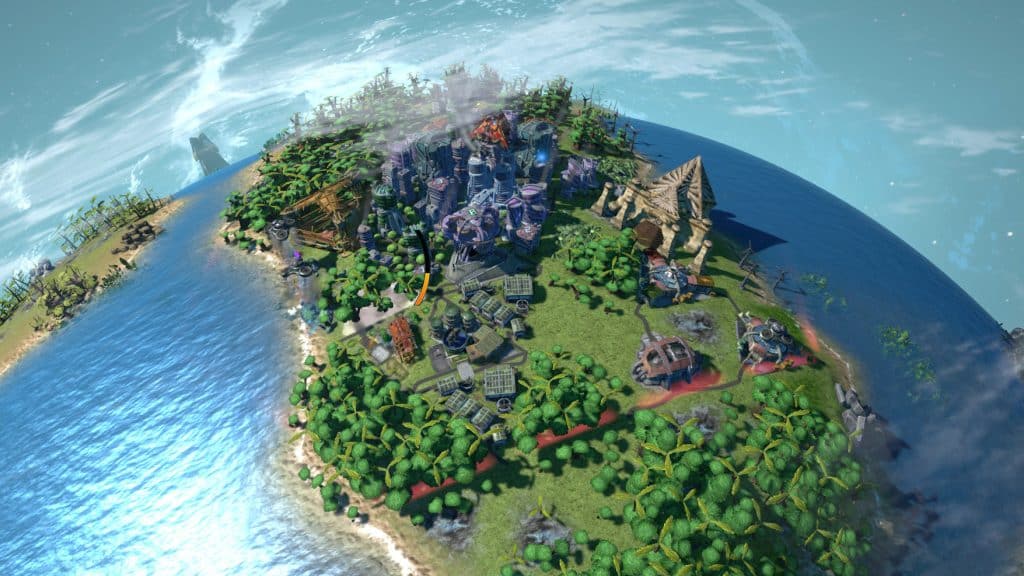 Games want to be authentic and appear realistic. So they can no longer avoid climate change. However, the industry is not environmentally friendly.

In games like the recently released “Imagine Earth”, everything revolves around the climate-damaging exploitation of the earth and new beginnings on alien planets: the players can colonize a tiny planet and turn its natural resources into money. Clearing forests, raising coal-fired power plants, fishing the seas empty – everything is possible in the game by the Berlin two-man studio Serious Brothers.

But whoever does that has to live with the consequences: forest fires, floods, up to the complete devastation of the colony. If you want, you can of course also set up a climate-neutral colony.

“Imagine Earth” is not alone with its message. The games group Ubisoft has made it its corporate goal to reduce its own carbon footprint. The Green Game Jam wants to raise awareness for environmentally friendly gaming. A German games publisher plants a tree for every copy of the end-time game “Endzone” sold.

Is Imagine Earth an activist game?

Greenwashing is also involved, but the game also shows that the climate crisis is an issue for the games industry.

The situation is similar for the players: The hobby “gaming” is not climate-neutral. Anyone who feels the heat generated by an Xbox or a Playstation under maximum load is aware of the energy flowing through the game console.

The situation is no different with desktop PCs: Many want the most powerful technology – and not the technology that saves a lot of energy. Green gaming is not the most pressing issue.

24 million tons of CO2 from gaming

A study by the University of California two years ago came to the conclusion that gaming in the USA releases 24 million tons of CO2 a year. For comparison: According to the climate balance sheet of the Federal Environment Agency, all traffic in Germany caused 146 million tons of CO2 last year.

In order to reduce their own CO2 footprint, gamers can, for example, lower the resolution of the game, do without online multiplayer games that run via data centers, or pay more attention to energy efficiency, for example with graphics cards. Top tip: Turn off your console or computer—and don’t just put it on snooze mode.

But one wish for the industry: Why not equip every game with an energy-saving mode? A little less pretty, a little less perfect, but also a little less energetic. That would be a concrete solution.